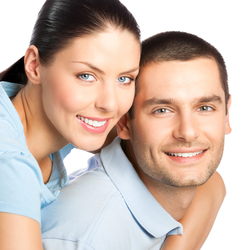 Throughout his career, urologist Larry Lipshultz has helped many couples fulfill their dreams of expanding their families through vasectomy reversal using the latest, most advanced microsurgical techniques. In some cases, sperm and fluid are still present in the vas deferens at the time of the vasectomy reversal, which allows Dr. Lipshultz to perform microsurgical vasovasostomy. This procedure offers the highest likelihood of sperm returning to the semen, as well as the greatest chance of subsequent pregnancy.

In many other cases, however, an obstruction upstream of the vasectomy site prevents sperm from being present in the vas deferens, precluding the vasovasostomy as a possible technique for vasectomy reversal. In such cases, Dr. Lipshultz can perform the more complex epididymovasostomy procedure. With this procedure, the chances of sperm returning to the semen decrease from 95 percent to 65 percent - still good odds, but not as good as with vasovasostomy.

There is no way to guarantee the success of any vasectomy reversal surgery, and you should be wary of any surgeon who suggests otherwise. Dr. Lipshultz is an accomplished microsurgeon who uses sophisticated techniques and technologies to locate and bypass probable blockages that would prevent sperm from entering the vas deferens in performing epididymovasostomy procedures; nevertheless, even this does not guarantee success. At his urology practice in Houston, vasectomy reversal and no sperm count is a possibility for which he prepares his patients.

If sperm cannot be returned to the ejaculate via vasectomy reversal, there are alternative ways to access the sperm and possibly achieve successful pregnancy. These methods include:

During your consultation with Dr. Lipshultz, he will fully explain your options and answer any questions you might have.

Learn More about Vasectomy Reversal and No Sperm Count

To learn more about vasectomy reversal with no sperm count, please contact the office of Larry Lipshultz, M.D. today.