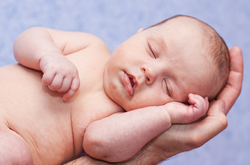 At the practice of world-renowned urologist and microsurgeon Larry Lipshultz, vasectomy reversal candidates are carefully screened and fully educated about the procedure during their initial consultations. The benefits of vasectomy reversal are fairly self-evident; the chances of starting or expanding a patient’s family are generally good to excellent after the procedure. However, Dr. Lipshultz makes sure that patients are well aware of any risks associated with vasectomy reversal, as well. It is important that men who are considering vasectomy reversal have realistic expectations at the outset.

Nevertheless, it is only through having a complete education about the procedure that men can make confident, informed decisions regarding their treatment.

According to the Physicians Committee for Responsible Medicine, roughly 3 percent of all children born in the United States are born with major birth defects. This number rises to approximately 6 to 7 percent when accounting for developmental abnormalities related to birth by the age of one.

The rate of birth defects among couples who conceived after the male underwent vasectomy reversal is slightly higher at 5 percent. On the other hand, research conducted at the Scott Department of Urology, Baylor College of Medicine by Dr. Lipshultz and his colleagues Edward Karpman and Daniel H. Williams, suggests that there is a greater risk of birth defects in both conventional IVF (9 percent) and IVF-ICSI (8.6 percent) compared to their control group (4.2 percent).

In 2006, a study conducted at Chulalongkorn University in Bangkok raised some eyebrows, as the study’s authors reported that chromosomal abnormalities were more common in the sperm of men who had undergone vasectomy than the sperm of men with healthy fertility. However, the authors acknowledged that they were unsure whether these findings would support the theory that the risk of birth defects was higher after vasectomy reversal. To date, there have been no follow-up studies to suggest that such a link exists.

Ultimately, when performed by a skilled microsurgeon such as Dr. Lipshultz, vasectomy reversal represents the best chance for couples to achieve a successful, healthy pregnancy after vasectomy with relatively few risks.

To learn more about vasectomy reversal and the benefits and risks associated with the procedure, please contact Dr. Lipshultz today.