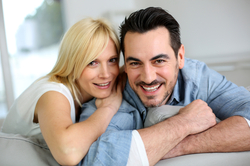 There are many people who believe that too much time has passed since their original vasectomies, or that they have become too old in the interim, for vasectomy reversal to be a viable option. However, especially when the procedure is performed by a skilled professional experienced in advanced microsurgical techniques, such as world-renowned urologist Larry Lipshultz, M.D., serving Dallas, vasectomy reversal after 10 years or longer is not only possible, but quite frequently successful.

The Correlation between Time and the Effectiveness of Vasectomy Reversal

It is important to note that there appears to be a correlation between the time passed since the original vasectomy and the effectiveness of vasectomy reversal; as more time passes, both patency rates and pregnancy rates decline. However, the rate of success remains relatively high even after 15 years or more have passed.

According to a report published by the American Society for Reproductive Medicine:

It is to be expected that pregnancy rates would be lower than patency rates. The patency rate refers only to the return of live sperm to the ejaculate, while pregnancy rates are influenced by many other factors. What these numbers ultimately show is that, in terms of the immediate goal of vasectomy reversal - returning live sperm to the ejaculate - the procedure is remarkably successful, even after more than a decade has passed. The odds favor the patient regardless of time passed.

It is important to keep in mind that these numbers account for vasectomy reversals in general, regardless of technique or of the experience of the doctor. If a patient who underwent vasectomy 25 years earlier were to turn to Dr. Lipshultz for vasectomy reversal, and there was no blockage preventing sperm and fluid from being present in the vas deferens, his chances of success would be much higher than 71 percent. Likewise, if there are no sperm present in the vas deferens at the time of the surgery, a patient’s chances of success would be less than 71 percent, even if only 10 years had passed since his vasectomy.

In any event, between the advanced microsurgical techniques used by Dr. Lipshultz and his exceptional skill and experience in performing the procedure, patients can look forward to the best possible odds of their having a successful vasectomy reversal.

Learn More about Vasectomy Reversal after 10 Years or More

To learn more about vasectomy reversal and how the passage of time might influence the results, please contact Dr. Larry Lipshultz at the Baylor College of Medicine Scott Department of Urology today.