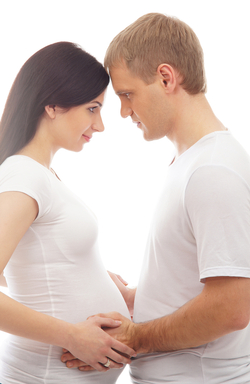 We’re all entitled to a change of heart. While we cannot reverse the effects of some decisions we make in life, it is fortunately possible to restore fertility after the decision to have a vasectomy. Especially when performed by a microsurgeon with the skill, experience, and training of urologist Larry Lipshultz in Houston, vasectomy reversal pregnancy rates are quite high, giving hope to couples who wish to start or expand their families through traditional methods of conception.

The Difference between Patency Rate and Pregnancy Rate

In the case of Dr. Lipshultz, who is considered one of the world’s foremost experts both in microsurgery and vasectomy reversal, his success rates in all measures compare favorably to national averages. He has performed more than two-thousand vasectomy reversal procedures and achieved the following patency and pregnancy rates:

There are, of course, individual factors that can influence a patient’s likelihood of achieving successful conception after vasectomy reversal, including the patient’s age and the amount of time that has passed since the patient had the vasectomy. Dr. Lipshultz has had outstanding success in performing vasectomy reversal on older patients and on patients who are having their reversals even decades after their vasectomies. His state-of-the-art technology and finely honed techniques combine to ensure the best possible results for his vasectomy reversal patients.

If vasectomy reversal is not recommended in your case, or if you are unable to achieve successful pregnancy within a year of your vasectomy removal, there are other fertility treatment options available to you. These include:

Both of these techniques are used in conjunction with intracytoplasmic sperm injection (ICSI), in which a single sperm is injected into an immature egg cell retrieved through in vitro fertilization, or IVF.